Since I had originally installed Xcode under Leopard from a downloaded package rather than recently through the App store, I thought perhaps in the various upgrades something had gotten messed up. I decided to completely uninstalled Xcode: 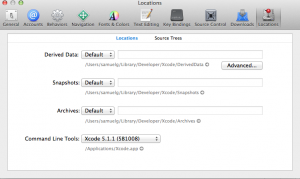